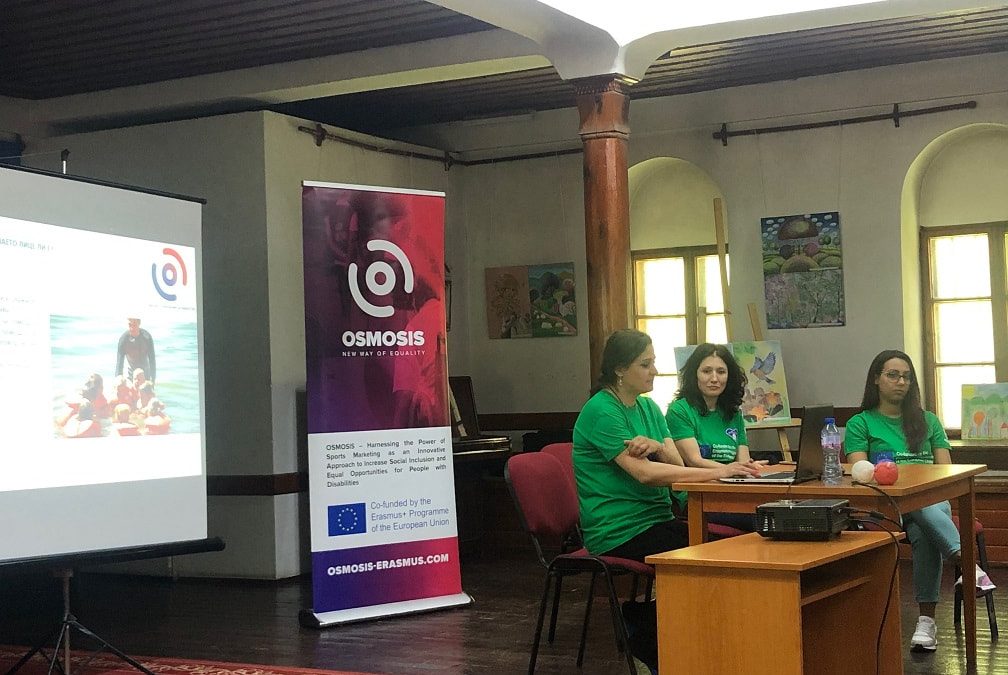 On 12th of May, 2022, Project OSMOSIS Partner – Kyustendil Association has organized an event for increasing social inclusion and equal opportunities for people with disabilities, which took place on Velbuzhd Square in Kyustendil and was filled with a lot of mood, sun, new contacts and emotions!

The day began with a series of demonstrational matches of boccia with teams from social institutions in Lovech, Sandanski, Blagoevgrad and Kyustendil.

In the afternoon, in the hall of the Revival School, an information seminar was held, which presented the tools and manuals developed under the project, which are available on the project website in English and in the languages of all participating partners from Poland, Croatia, Latvia, Estonia, Northern Macedonia and Bulgaria.
Partners Kyustendil Association thanked all participants in this incredible event, expressing sincere gratitude to the teachers and students from South West University, who were active volunteers and helped hold the demonstrational matches.

The teams received cups and honorary awards for sportsmanship. We hope to keep many friendships, smiles and positive emotions from this day! 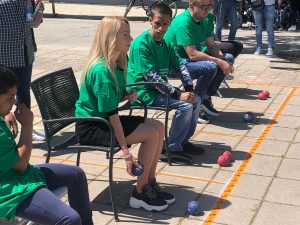 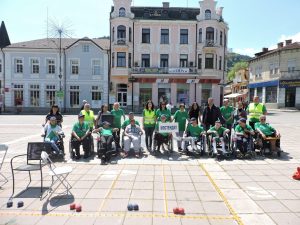 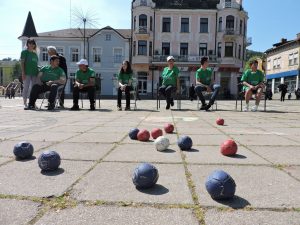 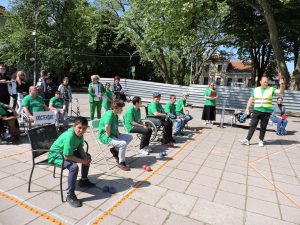 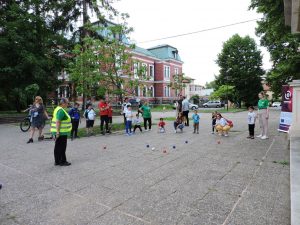 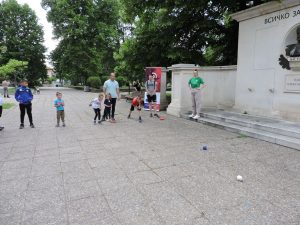